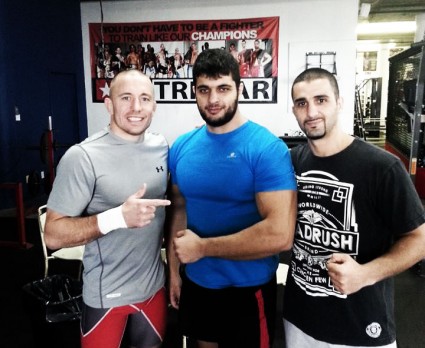 As most of you already know, Wissam Abi Nader (coach of fighters such as Silvester Saba, Elie el Rayess, Georges Eid and other illustrious fighters) has struck up an affiliation with the infamous Tri-Star gym in Montreal, home to some of the world’s best coaches and UFC stars.

One of the interesting and exciting parts of this collaboration is the agreement to send fighters between the two camps in Lebanon and Canada to allow for fighters to be exposed to new environments, sparring partners and training methods in an effort to develop more rounded warriors. This program has now yielded its first success! [Link]