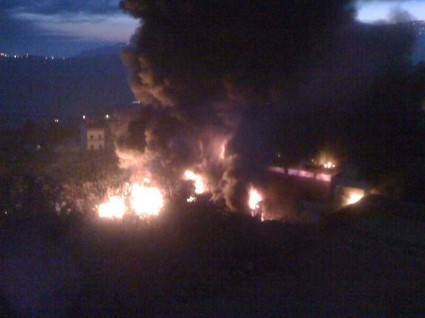 Pictures of the fire that caught the plastic industry belonging to no one but our dear minister of tourism Fadi Abboud.

I wonder if the necessary precautions are being taken by the ministry of health to avoid any harm on the nearby residential areas and if the minister in question is going to justify the incident or not.

On the positive side, Fadi Abboud did leave the Miss Lebanon ceremony after hearing about the fire. [Link] 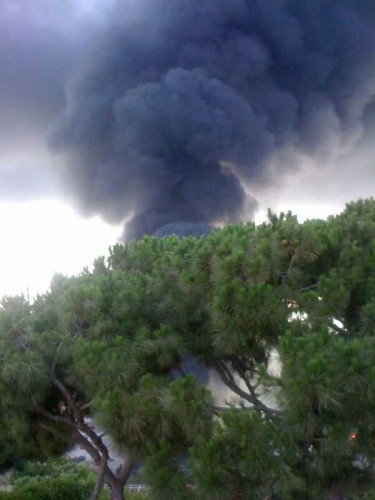 Thanks Cyril for the pics