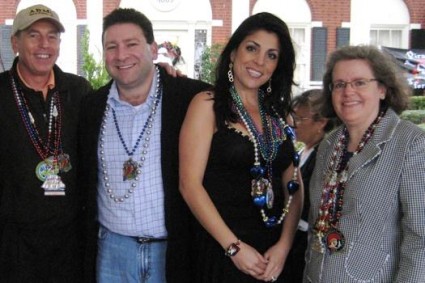 I wish we’d see more mentions of Lebanese and Lebanon in positive events, not scandalous, violent and illegal incidents.

It was a married Florida woman who blew the lid off the scandalous affair that led retired Gen. David Petraeus to resign as CIA chief when she told the FBI of allegedly threatening e-mails she’d received from his lover, sources said yesterday.

Jill Kelley, 37, of Tampa — a “social liaison” to the powerful Joint Special Operations Command — reported the jealous messages from Petraeus biographer Paula Broadwell, who is accused of sleeping with the married four-star general, to the FBI, sources said. The married Broadwell, 40, told Kelley to “back off,” “stay away from my guy,” and warned, “I know what you did,” sources have told The Post.

Kelley and her twin sister, Natalie, are the youngest of four kids of Lebanese immigrants, Marcelle and John Khawam. [Link]

We have to wait and see now whether Jill was also Petraeus’ lover and not just a friend he sees very often.