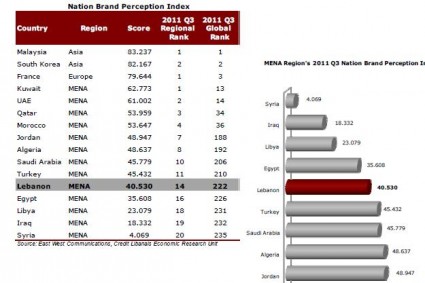 The indexes rank all countries and territories based on how they are perceived in leading international media, published quarterly and annually. This report is done by East West Communications, a leading Washington-based company developing nation branding indexes and reports.

This is almost as worse as our internet ranking even though I am a bit surprised by it. We can’t be that bad!