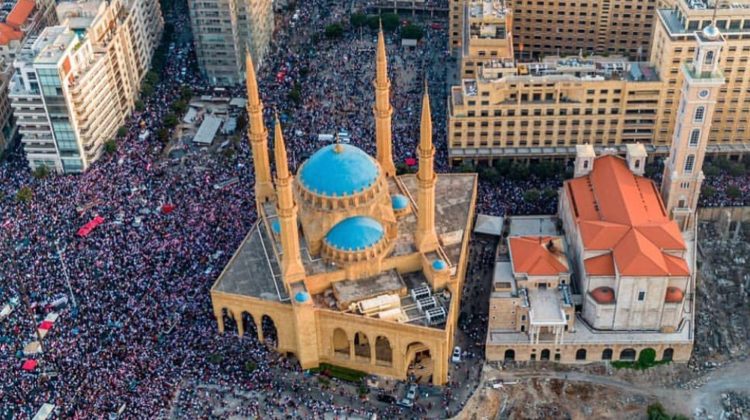 Day 5 came to an end and so did the 72 hours ultimatum that PM Hariri had given. Here are few thoughts on what happened today and what’s to come:

1- Government lost its last chance to save face:

The first thing PM Hariri had to do was submit his resignation today. No one cares if they approve the reform paper or not, it’s a matter of trust and this cabinet must be changed at all cost. Hariri could have resigned and got himself re-assigned to form a smaller government including technocrats for all I care but not resigning was a fatal mistake. Even worse, he didn’t even consider replacing the Minister that caused all this mess in the first place, and is still trying to blame it on others.

I don’t want to get into details but slashing the salaries of officials by half is not enough, calling for financial advisors, changes to the electricity plan, getting money from the banks don’t require 72 hours to come up with. I have no idea what they did during the last 72 hours, but the outcome was very disappointing and did not convince anyone. In fact, more people joined the streets after hearing his speech.

3- Motsik thugs finally got what they deserved!

Hundreds of scooters with Hezbollah & Amal flags flocked into Beirut trying to disrupt the demonstrations and scare away the protesters, but the Lebanese Army gave them the beating of a lifetime. It was pure joy watching these scumbags getting dragged out of their scooters and kicked out.

We’re grateful to the Lebanese Army and its chief for such a wise call. We also hope that they won’t use excessive forces in the coming days when trying to open blocked roads by peaceful protesters.

Over 30,000 protestors in Al-Nour Square, DJs, Free Knefe & Food for all, Sheikhs dancing with protesters, beautiful people and a beautiful city. It’s just amazing to see Lebanon’s second-largest city and one of its poorest celebrate for four consecutive days and bring together people from all Northern towns.

We love you Tripoli!

Now is not the time to despair. 72 hours have passed and we didn’t get any resignation. Those in power are evil geniuses when it comes to creating diversions and wasting time. Don’t believe everything you hear, don’t spread false news or rumors and don’t get distracted by details. Having a belly dancer among protesters may be inappropriate but there’s no need to make a big deal out of it, same for people partying or some shops’ facades getting smashed. This is a revolution in the making, almost a million people were in Riad el Solh and Martyrs Square so look at the bigger image and realize that we haven’t had one serious incident in 5 days, which is pretty amazing.

6- We don’t need anyone to lead the protests:

Some parties and movements are trying to ride the wave and dream of leading the crowds but we don’t need or want them at the moment. The fact that each and every protester has a smart phone and is capable of influencing others into joining him/her is more than enough for now. Obviously it would be ideal if we had trust-worthy people to lead the movement but we don’t yet and there’s no need to rush such things. The first demand that we need to aim for is the government’s resignation.

7- Why is the President so quiet?

I am still amazed by how quiet the President has been for the past five days. Not a single statement or TV appearance, just random tweets. I don’t know what’s on his mind, but even his staunch supporters are disgruntled by his silence.

8- The “Zou3ama” are worried and it’s starting to show:

Few are giving speeches or even tweeting. Those who promised to join the protests are doing so in a very shy way and it quickly backfired on the only party that resigned today. Don’t get fooled by their statements, threats or conspiracy theories. Even those who threatened to organize counter-protests are too afraid the turnout might be low. That’s why we can’t leave the streets until we prove them all wrong and force them into resignation.

9- We need non-stop coverage of the protests by local TVs:

While social media has made things much easier for us, we still need continuous media coverage to keep the momentum going. TVs, newspapers, online portals and other news websites have a responsibility to keep covering the protests all day long.

I don’t think I need to say more here. I had 9 points and wanted to make them 10. Just going through his tweets makes me want to puke.