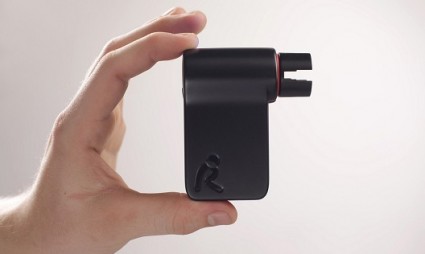 Roadie Tuner is a device created by Lebanese entrepreneurs (Bassam Jalgha and Hassane Slaibi) and manufactured in China. The device is fixed on a guitar’s tuning knob and using bluetooth technology, the guitarist can read on his smartphone the sound as a string is plucked. According to Jalgha, “it is three times more accurate than what the human ear can distinguish in terms of frequency.”

The Roadie Tuner app is already available on iOS and the device will sell for $79 on their Kickstarter platform, and $69 for earlybirds, and should be delivered in six months.

If you are interested in reading more about it, check it out [Here].

Best of luck to both Bassam and Hassane!

Designed for guitars, or any similar stringed instrument, the handheld tuner works by fixing to a guitar’s tuning knob. Using Bluetooth technology, a user’s smartphone reads the sound as a string is plucked and the device’s motor turns the knob to the right tuning, which, Jalgha explains, is “three times more accurate than what the human ear can distinguish in terms of frequency.

The team will spend the next few months in the U.S. demonstrating the product at tradeshows – including CES in Las Vegas and The NAMM Show – and pitching in Silicon Valley, before returning to build their company between Lebanon and China. They are also currently securing new distribution channels and retail partners in the U.S. 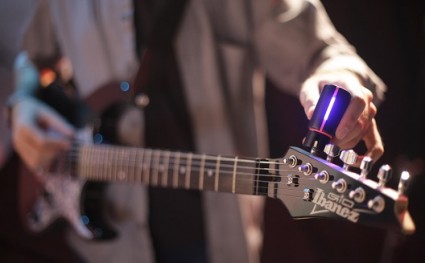