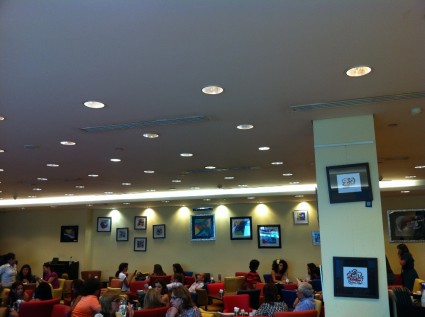 I’ve never been a big fan of Lina’s branch in ABC Dbayyeh as it looks more like a cigar smoking room than a cafe. I don’t know why but for some reason all cigar lovers go there.

The only nice thing that they had was a nice view on the Marina Dbayyeh but for some reason there’s a wall now instead.

Lina’s Kaslik branch on the other hand fits better the description of a cafe and is a cool hangout specially in summer. Of course, its prices are ridiculously high but isn’t that the case everywhere in Lebanon?