Joumana Seif is a known French-Lebanese Orthodontist living in Geneva but more importantly she was Herve Le Gallou’s ex-girlfriend and one of the closest people to the French Base Jumper who died almost a year ago while attempting to jump off a cliff at Obiou in the French Alps. Le Gallou was a very popular and highly esteemed base jumper and a veteran of thousands of jumps. He was one of the two daredevils to jump off Burj Khalifa’s 155th floor back in 2008 undetected.

Here’s what Joumana told the New York Times about Herve one year after his unfortunate accident:

For Joumana Seif, Le Gallou’s former girlfriend, however, the accident could not be dismissed so easily. Seif, an elegant, 36-year-old orthodontist of French and Lebanese origin, lives in Geneva. She met Le Gallou through base jumping, and beginning in 2001, they had what she describes as an “intense” relationship. They split up in 2005 but remained close friends. When Le Gallou died, Seif organized several events in his memory, including a cremation in Grenoble, a Catholic Mass in Paris and a base-jumping memorial at his favorite spot at Cirque d’Archiane, in the Alps.

I spent two days with Seif in Paris last fall. As we talked about Le Gallou — Seif often pausing as she wept — she told me that two things bothered her about the accident. The first centered on the question of character. Le Gallou, she said, was a conservative base jumper. (This may appear a contradiction in terms, but as many of his friends confirmed recently, Le Gallou rarely pressed beyond his limits. Mavericks do not survive 18 years in a sport like base.) It seemed implausible to Seif that Le Gallou would have tried a risky line on his flight from Obiou. If he’d lost good finesse, she thinks he would have pulled above the plateau and lived to jump another day. To her, there was only one root cause for the accident: equipment trouble. The fact that his parachute was deployed when he crashed indicated some kind of delay in finding the handle for his pilot chute, the small canopy that precedes the larger parachute. (Failing to find the chute’s handle is known as a No Pull Find.) Once Le Gallou realized he was in trouble, Seif believes he lost precious fractions of seconds trying to deploy his pilot chute. By the time he did, it was too late.

Her second concern was Le Gallou’s helmet camera. It was his habit to record jumps. On the day he died, he wore a ContourHD camera attached to a rugby helmet. Grieving and searching for answers, Seif hunted feverishly for the device. But after the accident, the Contour camera was nowhere to be found. It was not among the personal effects collected by the police. Seif says she searched the crash site six times with a metal detector but found nothing.

None of Le Gallou’s fellow jumpers had an explanation for what happened to the device. Seif recalled that when she asked about the camera some days after the crash, one of the jumpers told her it was useless to look for it. “‘Maybe it’s in a million pieces,” he said. “Maybe a marmot took it.’ ”

Some weeks after the accident, however, the camera was discovered by the police 40 meters uphill from the crash site, near some flowers Seif had left. It seemed clear to her, though she had no proof, that the camera had later been moved or replaced. The police, who ruled Le Gallou’s death an accident, eventually found the HD card but said it was unreadable.

Seif remained dogged in her pursuit of what happened; she says she recently found a memory card at the site that she believes is Le Gallou’s. She is trying to retrieve the images from it. She contends there is “omertà” about a gear problem that may have led to Le Gallou’s accident. When I asked her why she thinks so, she produced a folder of documents that she gathered about the case. She also talked of her “intuition.” 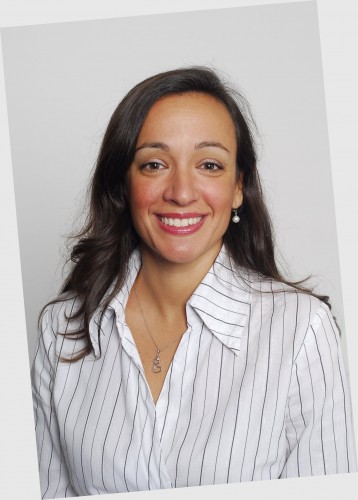