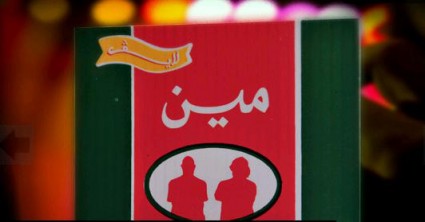 I used to wonder why there wasn’t a decent rock band in Lebanon but then a few weeks back I got introduced to Meen. What saddened me is that the band has been around since 2006 and is pretty popular, yet I hadn’t heard about them before. I also realized after checking their website that they were the ones singing Jongar during their live concert at USJ back in March 2010.

Nevertheless I thought I introduce our readers to Meen since I’ve listened to some of their songs and they’re really good. One song I loved was ‘3anna wizarat’. I don’t know how much time it took them to come up with the video clip but it’s awesome!

So who are Meen?

Meen is a Lebanese rock band with a twist. The band was founded by Fouad and Toni Yammine, the warped minds behind the quirky lyrics and catchy melodies.

They hold the noble mission of promoting Lebanese rock music as their main objective, followed by other worthy goals such as getting rich and impressing lots of chicks.

Whatâ€™s the story behind the name?

Meen is the name of an ancient Lebanese goddess who was worshiped for having killer legs. Legend has it that she lived in Bqeseen and died in mysterious circumstances. Folklore has it that she committed suicide by leaping off a ninth-floor balcony, but historians suggest she may have choked on her arguileh.

As you might have noticed, sarcasm is all over the place and seems to be the trademark of this band!

Meen band has held concerts all across Lebanon in the past few years and has issued more than 5 albums that you can listen to online. Their latest concert was a Christmas concert at Nova cafe in Sin el Fil.

All you need to do is to leave a comment with your name and a valid email and we’ll make a draw at the end of the day to determine the winners.

Winners of the free Meen albums are: