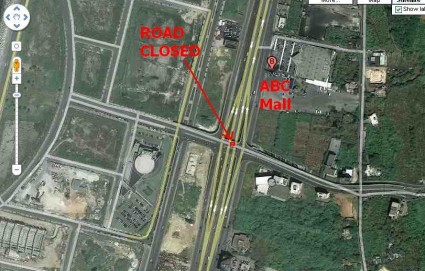 I thought i show Mr.Ghazi Aridi, our dear minister of public works, the bridge that he authorized to close maybe he is unaware of how crucial this bridge is for the whole area. He could be unaware of this bridge’s location as well who knows?

Therefore, by closing this bridge, all those coming from Naccache had to go back to Dbayyeh to take the maritime road or go to Antelias as they couldn’t even take the highway since the bridge is closed. Add to that the fact that most schools and universities started today, and it is a Monday and what you get is a complete disaster on the roads.

On another note, while watching the MTV news, they interviewed a certain Jeff Zalzali who appeared annoyed by the people’s reaction to this event. He even argued that a study was made on how this bridge closing would impact the traffic and as it turns out, it will only increase it by 15%.

I urge Mr.Zalzali, who was engaged at some point to Nathalie Fadlallah, owner of Nataly’s agency, to email us this study of his as well as his traffic engineer license because i am quite sure the real number was 150% not 15%. Added to that, Mr.Jeff claimed he looked all over Lebanon for suitable bridges but could not find better than this one and that and i quote “3am nekhdoum une cause” and people should be happy about it.

What is so great about Naccache Bridge? Its view on the highway? Emile Lahoud’s conference place next to it? The view on the unfinished Olympic pool from it? Or maybe people cursing you every 20 seconds while you do your stupid fashion show? 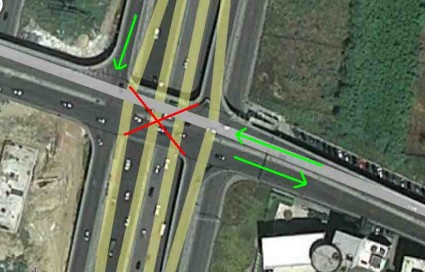