The glowing objects that appeared over Lebanon’s skies yesterday are most probably meteor bursts according to what LBC, MTV and other local media sources have reported.

Meteors are lumps of rock which are floating about in space. There are always meteors which are entering the earthâ€™s atmosphere. They normally burn up in the atmosphere. A few very large ones may hit the earth. Most meteors are only tiny specks of dust. As they enter the atmosphere they rip off electrons. This produces an ionized trail. This trail can reflect radio waves in the same way that a wire would. [Link]

Here are other images shown on various websites. 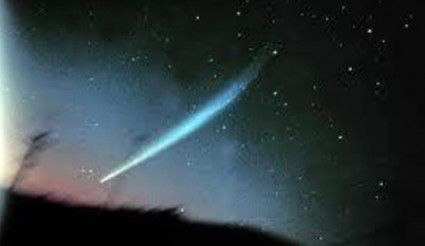 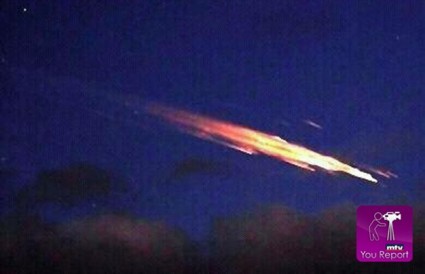 Picture from Kataeb.org via MTV

THe meteor bursts not only appeared over the north of Lebanon, Halat, Marjaayoun, the Bekaa but also on the Syrian-Turkish border and Jordan.