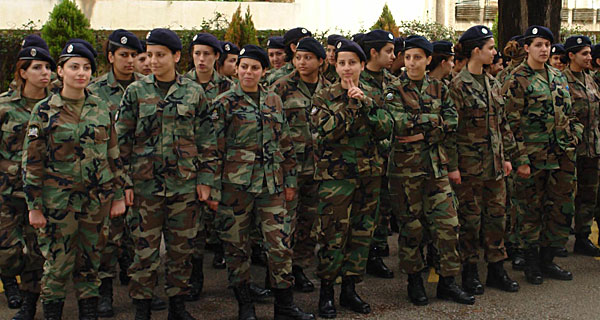 Armed Forces Commander General Joseph Aoun has given all mothers in the military a day off to celebrate Mother’s Day. This will be the first time in the army’s history. Back in September 2017, a handful of women officially completed their Army training course for the first time in Lebanese history as well.

The Lebanese Armed Forces (LAF) first opened up to women in 1991, and even though there aren’t any official figures, the Lebanese American University’s Institute for Women Studies in the Arab World (IWSAW) estimated their numbers to be 2,000 in 2008. It’s barely 5% of the total figure of army personnel but it’s still a significant number growing every year.