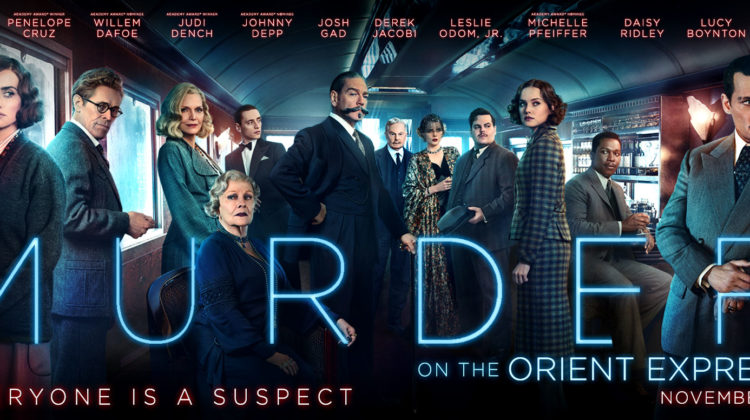 “Murder on the Orient Express” is the newest classic remake undertaken by Kennet Barragh. The movie is the third adaption of Agatha Christie’s novel of the same name. The first motion picture adaptation of the crime/mystery novel was a 1974 movie by Sydney Lumett and it was screened as a television series in 2010. The movie starts with the introduction of the obsessed, OCD, genius inspection Hercule Poirot (Kenneth Branagh) ordering two perfectly identical, exactly 4 minute boiled, eggs. The scene is in Jerusalum, the year 1934, where the inspector is solving the theft of an iconic relic on the Wailing Wall.

After solving the case, Hercule decides to go on a vacation. However, his holiday in Istanbul is quickly cut short by a case requiring his expertise elsewhere. On this last minute request, he is forced to take the first train out of Istanbul, the Orient Express. He is placed on the VIP cart filled with high profile individuals. The train is suddenly stopped by a huge snow avalanche rendering the passengers stranded until help arrives from the closest town. As crime follows the famous inspector everywhere, coincidentally, a dead body is found in one of the cabins.

The case seems to be easy for an inspector of his caliber, yet as the interrogations are conducted, the brilliant Belgian is torn as he cannot find the murderer. After a series of side conversations and coincidental encounters, the inspector finds the murderer in the most unexpected way. Upon his conclusion, he goes into a internal debate with himself.

All in all, Kenneth Branagh, director and inspector, delivers an interesting and amusing remake of the timeless novel. Hercule Poirot’s moustache is a main attraction, as well as his ironic and comical comments. If you already know the plot, you will enjoy the adaptation, and if you haven’t even heard of it, you will find the movie even more interesting because of its intelligent plot.