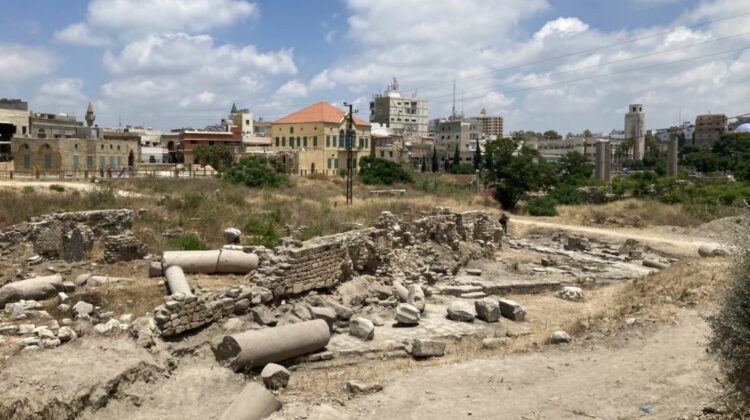 A group of archeologists led by Ali Badaoui of the Directorate General of Antiquities, María Eugenia Aubet of the Pompeu Fabra University of Barcelona and Francisco J. Núñez of the Polish Centre of Mediterranean Archaeology at the University of Warsaw, has discovered a large Roman temple complex in the city of Tyre.

Two phases of construction have been identified, placing the temple in the early Roman period (about 31 B.C.E. to 193 C.E.) with a major modification in the late Roman period (about 284 C.E. to 476 C.E.). The temple is situated in the Tyre Acropolis, the highest point of the land mass, which Greek and Phoenician inscriptions describe as a sacred area. Researchers believe many cult-related rituals and worship activities would have taken place here. [Source]

Tyre is one of the oldest continuously inhabited cities in the world. It came under the supremacy of the Ancient Egyptians, the Phoenicians, was a tributary kingdom to the Neo-Assyrians and the Neo-Babylonians, was conquered by the Persians and Alexander the Great, before being absorbed into the province of Roman Syria in 64 BC.

It is presumed that the discovered temple was dismantled and rebuilt several times, once during the Early Roman Era and the second towards its end. “The area around the temple was severely damaged and reconstructed in the Early Byzantine era. The temple itself was dismantled and replaced by a large basilica, which was eventually destroyed along with other parts of the city during a tsunami in the 6th century C.E.” [Source]

See Also:The Artsy Side of the 2019 Lebanese Revolution
Posted By Najib
Categories ART