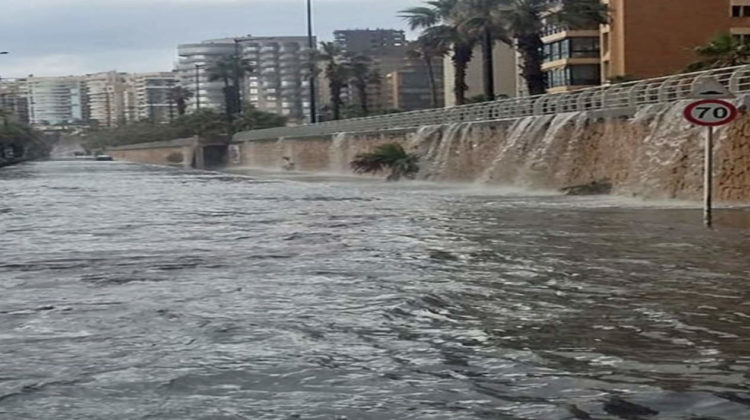 Every time it rains in Lebanon, sewer lines are blocked causing floods all over the road but what happened on Friday was a different story. Ramlet el Baida and Bliss streets were flooded by sewage because the main sewer and wastewater drain lines were blocked illegally.

Beirut Gov. Ziad Chebib rushed to blame Eden Bay and the Ghobeiri municipality but a daily star article revealed that the governor had stopped works to unblock the sewer line a day before. Moreover, almost everyone in Lebanon is aware that this resort has blocked a sewer line for months now yet no actions were taken. Weirdly enough, Beirut Mayor Jamal Itani wasn’t aware of that blockage and had called for an investigation which will probably be forgotten sometime soon.

The same scenario happened on Bliss street where another sewer line was blocked illegally causing the whole street to get flooded including AUB’s campus. Who’s to blame? According to MTV, the property that blocked the sewer line belongs to Tahseeen Khayyat yet no action was taken as well.

Who’s to blame? Why wasn’t anyone interrogated yet?

It’s quite simple. Because those who are to blame are unreachable and those who are in charge of such things are incapable of doing anything or indirectly involved in this organized mess. When you’re able to build a freaking resort on a public coast land, blocking a sewer line shouldn’t be that hard. What saddens me though is that they’re not even trying to cover these f*ckups by opening another sewer line or taking simple pre-emptive measures before heavy rains, but then again why should they care if no one’s holding them accountable?

Enjoy the sewers and till the next rains!