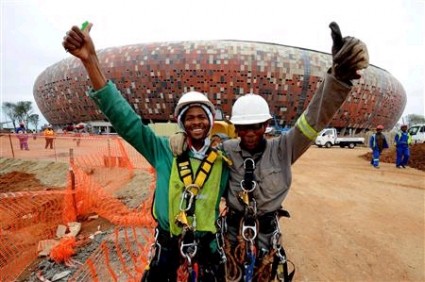 Contacts so far have failed to secure a deal between al-Jazeera TV channel, the official sponsor entitled to air the 2010 World Cup football games, and owners of cable/satellite TV providers.
The two sides were reportedly in disagreement on how much transmission fees al-Jazeera will charge. [Naharnet]

I find it hard to believe that we might end up without a tv station to watch the world cup but you never know!

Plus, we get ESPN in Lebanon and many other TV stations that are covering the world cup.

See Also:Fayha Choir Shutting Down After Winning “Choir of The Year”
Posted By Najib
Categories INFORMATION,LEBANON