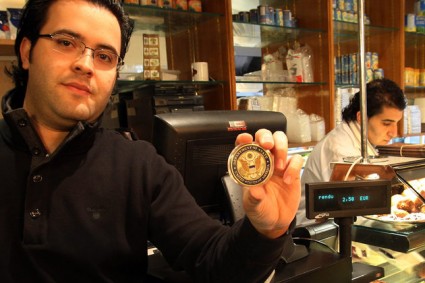 Classified documents detailing Pres. Obamaâ€™s visit to France for the G20 Summit were left in a Cannes restaurant. A forgetful FBI agent apparently left the dossier at the cash register of a Lebanese owned restaurant.
Â­â€œIt looked like a usual file,â€ Bilal Herche was quoted by the Le Figaro newspaper as saying. â€œI opened it and understood that the documents contained crazy data.â€

Bilal called the FBI and told them about the files. They didn’t believe him at first but then came back to claim their documents. FBI rewarded him with a medal.

Check out the full story in [French] & [English].