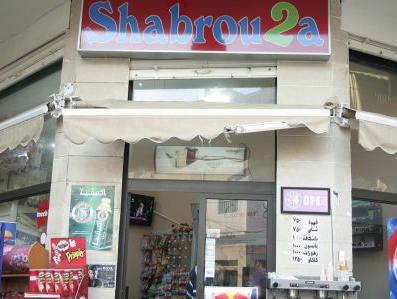 I’ve been going to LAU for the past two years and I always check out places in the Quoraitem and Hamra streets on my way back, mainly cause I would be stuck in traffic.

There’s this one supermarket which always caught my attention since I could not figure out the meaning of its name which was Shabrou2a, at least until tonight. Turns out my gf knew its meaning all along and never bothered to tell me until today!

Shabrou2a is an old Lebanese saying mainly used among Beirut residents that means basically getting candy or chocolate or sweet things in general. Parents would give their children 5000 LL and tell them “yishaber2o” fiyoun.