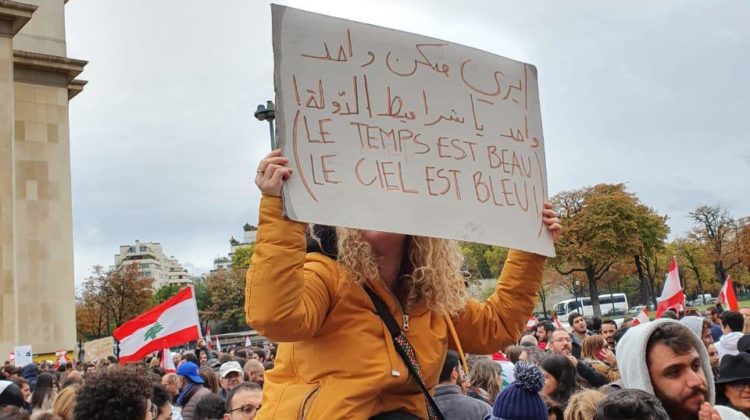 I think everyone knows by now what these protests’ most popular chant was (Hela Hela Hela Ho .. u know the rest) and it clearly upset a lot of people. Personally, I laughed the first five or ten times maybe but then it became repetitive and boring. However, I am glad in a way that the issue has stirred a new debate on personal insults and freedom of speech and I believe one of the many demands of this revolution should be to promote an absolute freedom of speech AT ALL COST!

This means that while speech that intentionally incites genocide must be criminalized, and speech inciting violence may be criminalized, speech that is merely disturbing or shocking should not be a crime. In other words, people should be allowed to curse whoever the hell they want without getting an invite to the Cyber crimes bureau or getting sued by politicians.

I know many believe personal insults shouldn’t be allowed and I avoid promoting them on the blog or elsewhere, but to have them criminalized is a big mistake and someone needs to put an end to that in Lebanon. People need to express themselves anyway they want and bash, insult, curse, make jokes on anyone they want, from religious people to politicians to presidents to ministers and members of parliaments.

Funnily enough, when the Mashrou3 Leila gig got banned, many rushed to defend freedom of speech at any cost but when their leaders get insulted, they’re all of a sudden offended and want people to behave. Well maybe it’s time to grow up and stop getting offended over jokes and curses. No one is sacred and there are no red lines when it comes to freedom of speech, and the amount of insults we saw in this protest and previous ones are only a reaction to the ongoing censorship and limitations on free speech.

If you’re not convinced, I will let Amal Clooney try to convince you in this article of hers on “The Right to Insult in International Law”, and the eight recommendations she provides to guide consideration of insulting speech in international law.

To name a couple:
(1) The law should recognize a “right to insult”. An insult should only be criminalized if it is intended to incite violence or criminal offences and it is likely to produce such violence or offences.

(2) Insulting the three R’s—royalty, rulers, or religion—should not be criminalized.