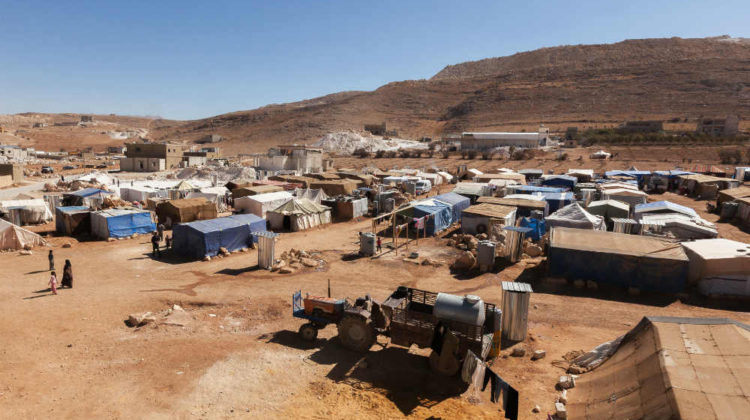 The Syrian Union in Lebanon (اتحاد الشعب السوري في لبنان) is calling for a peaceful protest on July 18th at the Samir Kassir square in Beirut against the practices of the Lebanese Army & Lebanese authorities towards the Syrian refugees. The organizers are condemning “the racist & murderous practices against Syrian refugees” in Arsal following the latest raid on two Syrian refugee camps of Nawar and Qareiah in the town of Arsal. 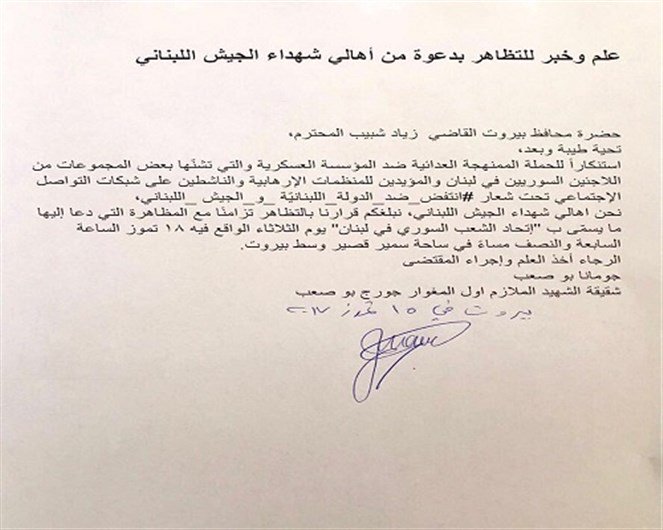 Needless to say, there’s nothing wrong with holding protest and counter-protests but it’s hard to believe that those behind the Syrian Union group want to protest in the name of justice and against racism, given how hateful and racist their Facebook posts and comments are. I have no idea who’s behind that group, but they’re only fueling racism and encouraging Syrian refugees in Lebanon to clash with Lebanese parties, which is a nightmarish scenario that we’ve been avoiding for years.

I am all for a transparent investigation to uncover the circumstances that resulted in the death of four Syrian detainees, but this should be coordinated by the Lebanese authorities and concerned NGOs and this should not halt the army’s efforts to put an end to these terrorists groups. When you’re being attacked by suicide bombers inside refugee camps and when there are soldiers being held by terrorist factions in Syria, don’t expect army commanders to give out flowers to terrorists while storming the camps or interrogating them. Once again, I am totally AGAINST torturing any prisoner but starting an anti-army hateful and racist campaign will only backfire on its organizers.

All in all, this is the outcome of years of mismanagement of the Syrian crisis and you should expect further political exploitation of this crisis in the coming months before the long-anticipated elections. Personally speaking, I cannot but support our army’s effort while pointing out mistakes and asking for investigations within the norms set by concerned NGOs and organizations. After all, this is our country that they’re looking after and the army remains the most trustworthy and least corrupt institution in Lebanon.