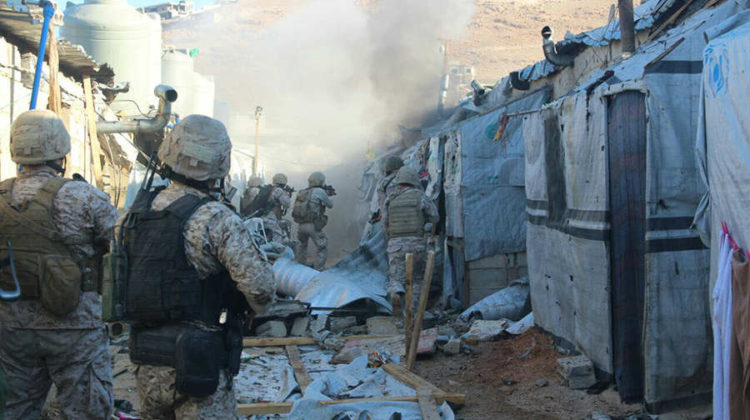 The Lebanese Army stormed two refugee camps in Arsal’s outskirts and managed to arrest and kill several terrorists. The operation wasn’t that easy as the first man they were looking for blew himself up, then four other militants blew themselves up but luckily no soldiers were killed in the process. Instead several soldiers were slightly injured.

More than 30 terrorists and ISIS members were arrested so far in Arsal an another major terrorist and Ain el Helwe’s most wanted fugitive was handed over to the authorities in Saida. Khaled Massaad was accused of plotting to carry out bombing attacks during the holy month of Ramadan in Beirut and Sidon.

Daesh got kicked out of Aleppo in Syria and Mossul in Iraq and its member are fleeing to “safe” areas where they can resume their operations including Lebanon. It’s been a year now ever since we had suicide bombings in Lebanon and it’s high time we stand behind our Lebanese Army to keep us safe.

Things are obviously not ideal security-wise but they could have been much worse given the circumstances.