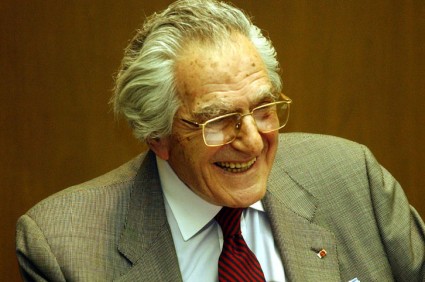 A great loss for Lebanon. Here’s a brief biography of this great man that I found on AUB’s website.

For more than half a century as journalist, politician, diplomat, and educator, Ghassan Tueni has been in the vanguard of the struggle for Lebanese freedom, independence, and national sovereignty. For him the freedom of the press has always been sacrosanct. Through his direction and thousands of editorials written over the years, he has made his newspaper, An-Nahar, a compelling and trusted voice in Lebanon and throughout the Arab world. [Link]

Here’s a link to the article Annahar published this morning. [Ø±Ø­Ù„… ÙØ¬Ø± Ø§Ù„Ù†Ù‡Ø§Ø±]