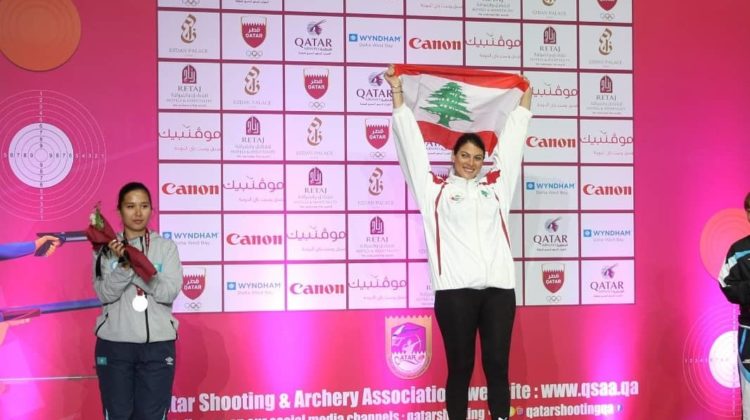 Lebanese Champion Ray Bassil is off to a new quest for an Olympic medal after clinching the Gold medal at the Asian Championships being held in Doha, Qatar. Ray beat all her competitors and earned herself a spot in the 2020 Summer Olympics that will be held in Tokyo.

Ray has qualified to the 2012 and 2016 Olympics but failed on both occasions to get a medal. In 2016, Ray couldn’t qualify to the semi-finals but improved on her previous performance.

Fingers crossed for 2020. As they say, third time’s a charm!