I pass by Beyt el Kataeb everyday on my way to work and lately the traffic has become unbearable because of a broken grate right at the end of the road. It’s a huge bottleneck that is backing up traffic until the MTC Touch building.
I noticed the broken grate on Monday because they had put plastic separators over it to avoid any accidents. This was causing even more traffic because 3 lanes were merging into 2. Someone must’ve crashed into one of the separators sometime between Monday and Thursday because they were in one piece when I first saw them.

It stayed like that until Thursday when the municipality finally decided to do something about it. They started work early in the morning, during rush hour traffic reducing the number of lanes to 1. I wasn’t too happy that they were working in the morning but I guess I was fine with it thinking that they will finally fix it and traffic would become normal again… I was wrong… 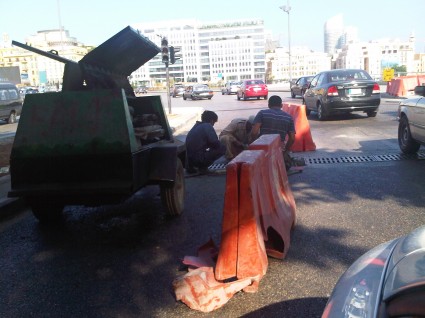 I passed by the grate this morning and apparently they had finished working there, but as you can see in the picture, they did a pretty mediocre job… and the plastic separator is still lying in the middle of the road. 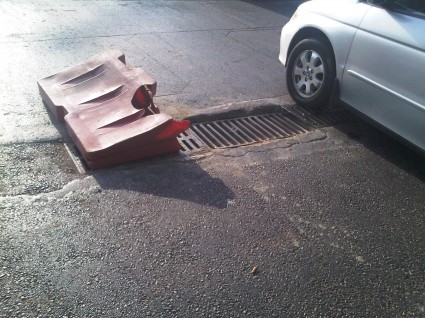 We have very incompetent people running the municipalities, that’s for sure.