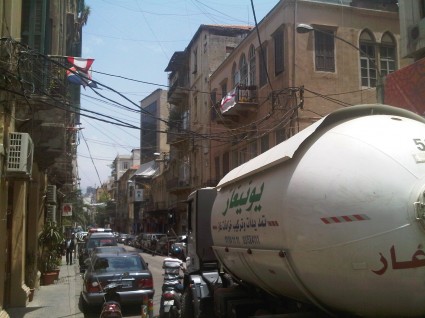 Turns out a bunch of electricians / workers were doing some “redecorating”. A daraki ran out of the station and told them to clear the wires so that traffic could move. They tried to tie them up as high as they could but the truck still couldn’t manage to pass, so these geniuses just untied the wires from the other side of the street and cars started driving over them… 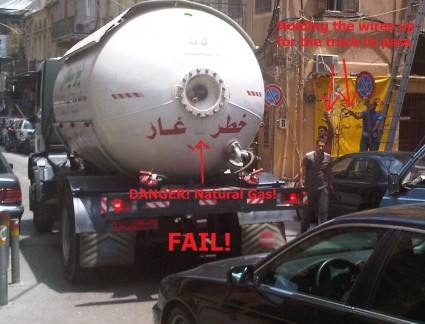 After that they managed to raise the wires and tie them to a “No Parking” post! 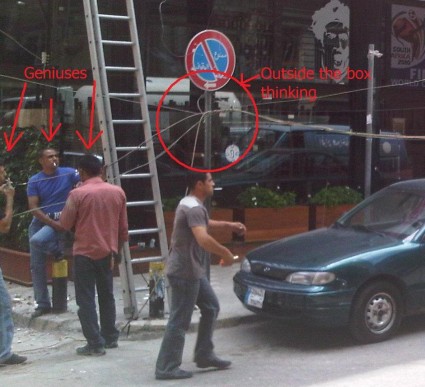 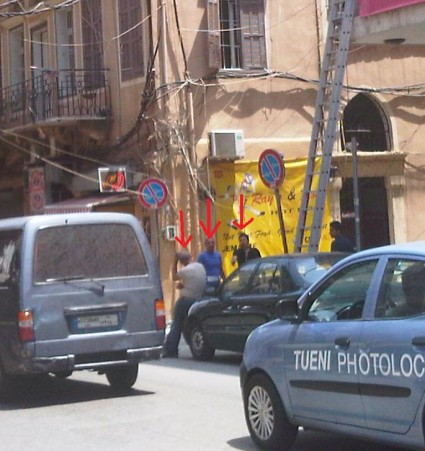