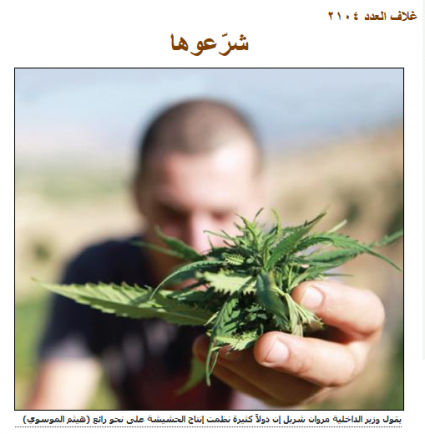 The picture above was Al-Akhbar’s front page picture yesterday and the article basically tells us how some Lebanese cannot live without growing and selling weed as that’s their only source of income.

To be honest, I have nothing against legalizing weed but I think doing it now will give birth to more armed groups and mafias controlling villages and towns, which would make things worse and neither profit the government nor those villages.

PS: The picture above was credited to Hayssam el Moussawi while it was taken by Hanibaael