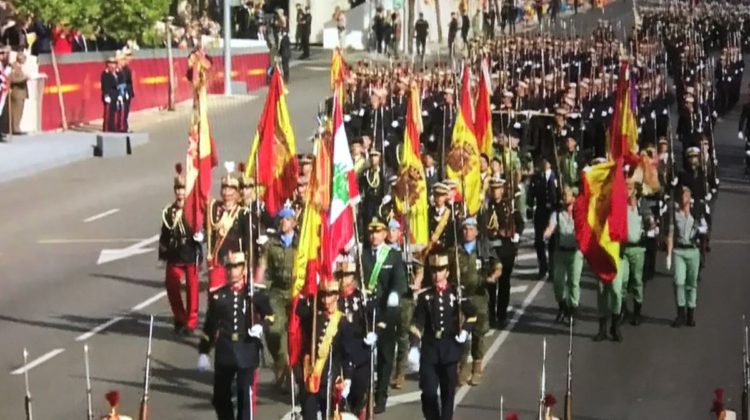 The Spanish Army raised the Lebanese flag during a military parade celebrating Spain’s National day as a sign of solidarity and gratitude to the Lebanese army soldiers who paid tribute to Barcelona’s terror attack victims while fighting ISIS in Ras Baalbeck.

Check out the video and spot the Lebanese flag as military forces marched down Madrid’s Paseo de la Castellana boulevard to mark the day Christophe Columbus first arrived in the Americas in 1492.