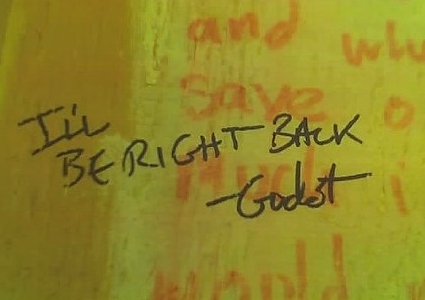 I often come across women coming out or in the restrooms in pairs or even groups at the workplace. I never understood this phenomenem but it is apparently everywhere. Indeed, “The new door-less toilets in western India were built in a semicircle instead of in a row. The walls between cubicles were raised only halfway so that women could see and talk to each other.” [Source]

However, what amazes me is that most of them complain all the time about the toilet hygiene and the constant smells.

Why the hell do you hold your chats in the toilets if they smell?

Esther Zuckerman from the Observer argues that the bathroom is still a place to tell secrets for women.

PS: I think the title would be an interesting name for a new show, something like the view but in a restroom.