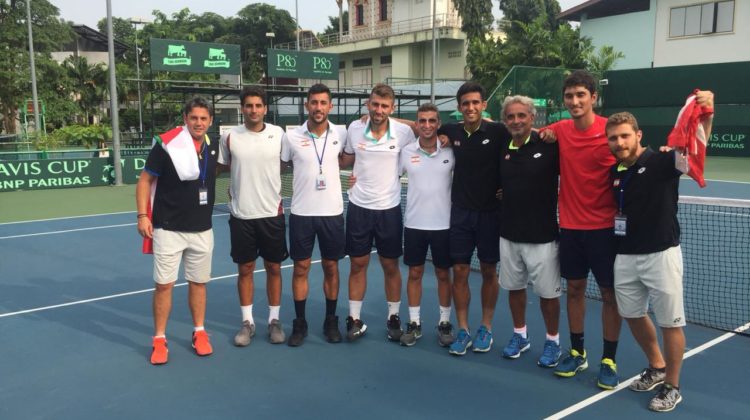 While the country’s eyes are on New Zealand for tomorrow morning’s basketball match between Lebanon and the Tall Blacks, a 20-year-old Hady Habib, ranked #643 in the ATP, claimed the final point in the tie against Thailand on their soil in the early hours of Sunday, to promote our country’s tennis delegation once more to the highest state it reached on 4 occasions previously: the Davis Cup Asia/Oceania Zone Group I, having slipped to as low as Group III in 2016.

After a couple of wins yesterday with Hadi Habib edging past Wishaya Trongcharoenchaikul 4-6 7-6 (2) 5-3 (ret.) and 23-year-old ATP #370 Benjamin Hassan securing a 2-0 lead on day 1 for Lebanon with a 6-3 6-4 victory over Palaphoom Kovapitukted, we looked poised to win the tie against Thailand, with the need to claim 1 more match out of the 3 remaining rubbers to clinch the encounter. 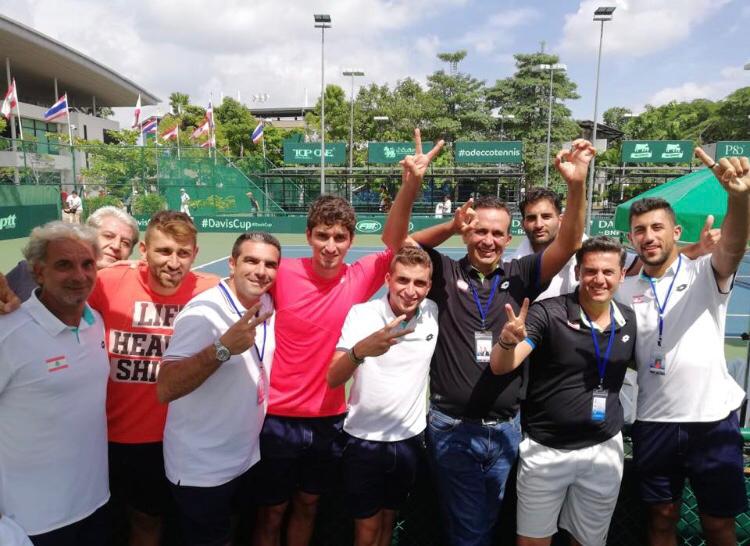 But the far-eastern team, who previously reached the Davis Cup World Group Play-offs on 4 occasions and are ranked #41 at this level, dug deep to draw the tie 2-2 after a doubles win this morning 6-0 6-3 between Sonchat Ratiwatana/Sanchai Ratiwatana and Jad Ballout/Giovanni Samaha, followed by Wishaya Trongcharoenchaikul narrowly beating Benjamin Hassan 6-4 4-6 6-4.

The final word, however, was for Lebanon, currently ranked #52 in the Davis Cup up from #93 in 2016, with Hady Habib proving too good for the Thai, securing the tie by dismantling Palaphoom Kovapitukted 6-3 6-3 to send Lebanon yet again to the 2019 Davis Cup Asia/Oceania Zone Group I, having been there 4 times before in the late 1990s and early 2000s (2002), without being able to win a single match at this level.

Note that Lebanon has never reached the World Group Play-offs stage in its 35 years of participating at the Davis Cup (started in 1957), and will be vying to qualify for it in 2019, by battling in a tough Asia/Oceania Zone Group I that will include so far #28 P.R. China, #34 Pakistan and #36 South Korea.

The moment Hady Habib turned the clock back to 2002…