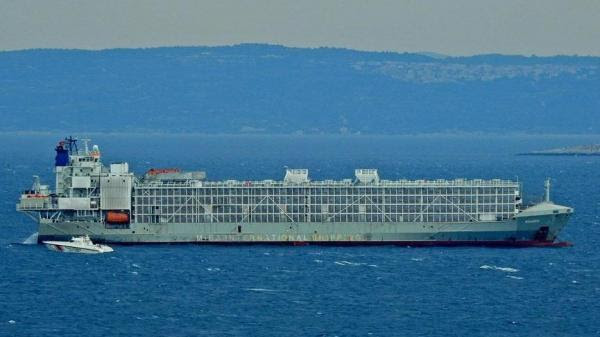 I’ve been following this story for the last couple of days and I can’t really tell who’s lying and who’s telling the truth. The Ministry of Agriculture has been denying since day the story but Jezzine MP Ziad Aswad is insisting the ship was granted permission to go in and that it has turned off its broadcasting position since last night.

The carrier has apparently left the Turkish port of Bandirma and has infected cattle on board. It is expected to ONLY change its crew in Beirut according to reports.

So far we haven’t heard yet of such ships arriving in Beirut, but I wouldn’t be surprised if they did. I guess we will know from the smell in Beirut next week 🙂

PS: This is not the first time such an incident happens, as we had a very similar one back in 2013.