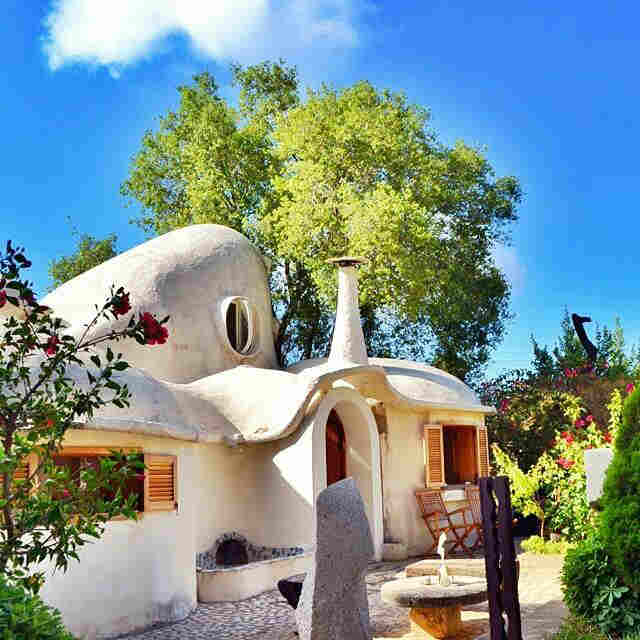 The picture above is not a smurf house, but the residence of the Basbous brothers in Rachana. Michel, Youssef and Alfred Basbous were all born in Rachana and never wanted to leave their hometown. Instead, they used their incredible talent as sculptors to turn Rachana into a village of Fine Arts by excellence. They created open-air sculptures and hosted in 1994 an international sculpture event where artists were asked to contribute to the ever-growing outdoor museum in Rachana.

I’ve heard a lot of times about the Basbous brothers but never visited Rachana. The town is located in the North on the way up from Batroun as shown in the below map.

You can read more about the Basbous brothers [Here].

Here’s another look at the house: 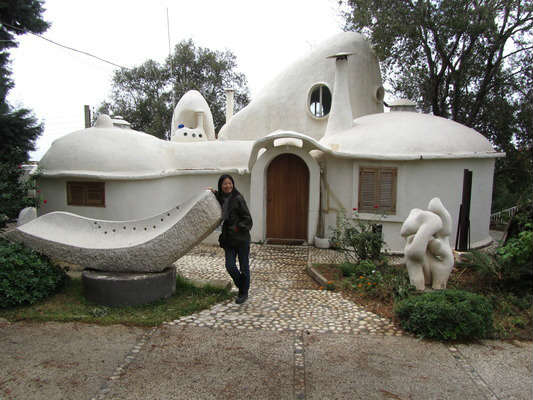 An old picture and a commemorative stamp of the 3 brothers: 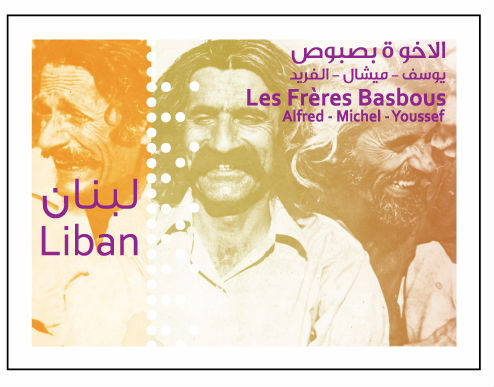