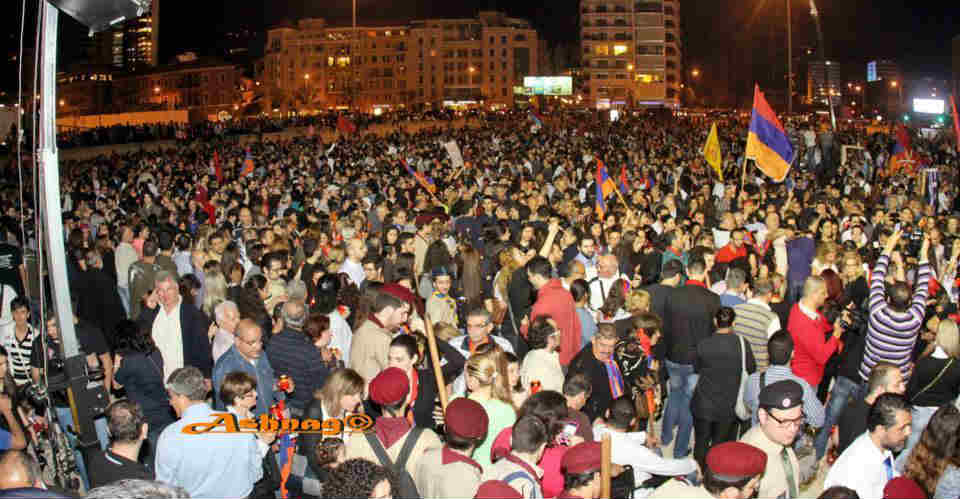 Picture from yesterday’s demonstration in Martyrs Square – Beirut (via ArmeniansInLebanon)

April 24th may seem like another day for most people, but for Armenians in Lebanon and all over the world, it is a day of remembrance of their 1.5 million countrymen who were murdered by the Ottoman government during WWI. Turkey’s Prime Minister Erdogan offered his condolences yesterday “over the massacre of Armenians”, which is a first, but that’s not enough as Turkey MUST recognize the genocide and compensate for the families of the victims.

Last year, a new national stamp in Lebanon was launched in honor of the Armenian Genocide victims.