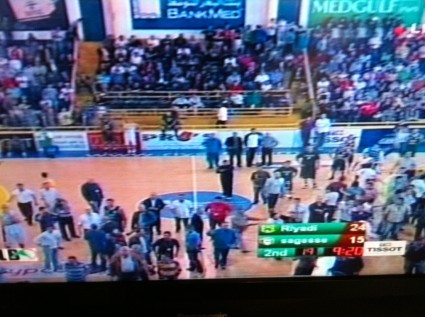 We have our own version of El Classico in Lebanon, the one opposing Hekmeh (Sagesse) and Riyadi (Sporting) basketball teams; however the only difference is that El Classico games between Real Madrid and Barcelona always come to an end, while Hekmeh Riyadi games are 90% interrupted for some reason and end up in riots and fights.

I was just flipping through TV when I saw Hekmeh and Riyadi playing, and all of a sudden some fan jumps on the basketball playground and stays there and then everyone goes down and the game is stopped and now security forces are all over the place.

Is it so damn hard to control 2000-3000 fans? Why don’t we put fences and stop pretending to be civilized?

Speaking of basketball, my brother sent me this picture while he was watching an NBA playoff game in Atlanta. Will we ever get there? I don’t think so. 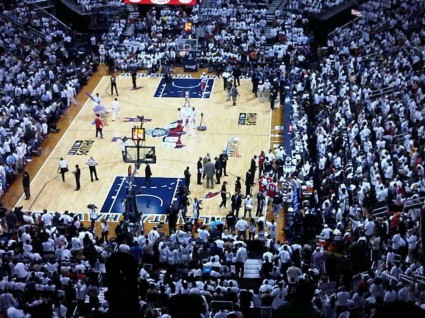