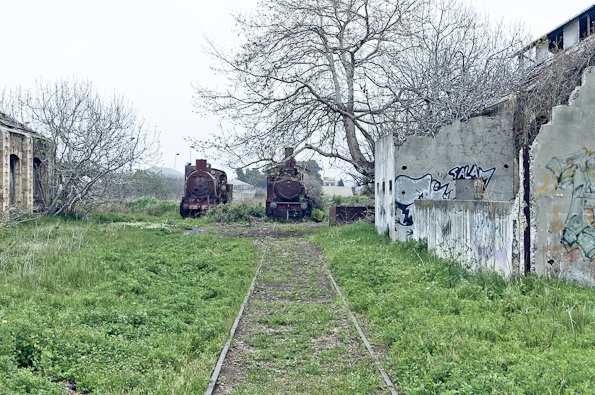 Here’s a nice [article] by Nicolas Photiades on how the private railroad network helped boost Lebanon’s economy in the late 19th century, and how the best way today to bring back the trains is by re-privatizing the network just like the DHP (Damas-Hama Prolongement), the company that operated the railroads for both Lebanon and Syria back in the 1950s.

Back in the mid-19th century, the so-called French Road was the only way inhabitants of Beirut – numbering about 60,000 – could trot or gallop their way to Damascus and trade goods with its 150,000 denizens. Then the only paved road in the near East, the route won international renown for its essential role in driving economic growth in the two cities and the Levant generally, cutting the amount of time it took to travel between them to 13 hours from four days. The Sublime Porte conceded the road in 1856 to Count Edmond de Perthuis, a former navy officer who was living in Beirut, for him to exploit and operate for 50 years. At the time, Lebanon’s road link to neighboring countries was very poor and inefficient, and a traveler would take huge risks when journeying to relatively far-away places such as Damascus.

But the French Road soon reached maximum capacity, and as the 50-year lease was nearing its end, the highway and the Port of Beirut that it helped prosper came under threat by the Ottomans’ first rail concession in the region, which was granted to a British firm for the Haifa-Damascus line. This prompted the French, who feared that the British initiative would rob Beirut of its place as a regional commercial center in favor of Haifa, to ask for their own Beirut-Damascus rail concession. Hoping to avoid being beaten by their British rivals, who had a few months’ head start, the French forced their workers to slave round the clock and through the winter in the snowy mountains to finish the rail line quickly. The first trains on both lines – and the first in the region – made their inaugural journeys to Damascus in August 1895, likely within months of each other. That further trimmed the 147-kilometer trip from Beirut to Damascus to less than nine hours.

The new lines brought about significant benefits. They stimulated commercial and industrial activity throughout the regions where the rails passed and gave Beirut’s port huge importance as a regional hub. Rails were also at the origin of the development of the Bekaa wine industry, with the French Brun family becoming the first to establish its wineries there. The rail also helped significantly boost tourism and put Lebanon on the map worldwide as one of the most modern and innovative countries in the Middle East.

Later on, during the Second World War, Lebanese railways were extended to include a coastal line from Haifa to the Syrian border in the north, going through Tripoli. With this latest addition to the existing network, it became possible for Lebanon to be linked directly to the rest of the region and to Europe. It was this new line and its link to the Orient Express that allowed my uncle to travel to Nazi-occupied Paris in 1944 to present his doctorate thesis on railways in the Levant. [Link]