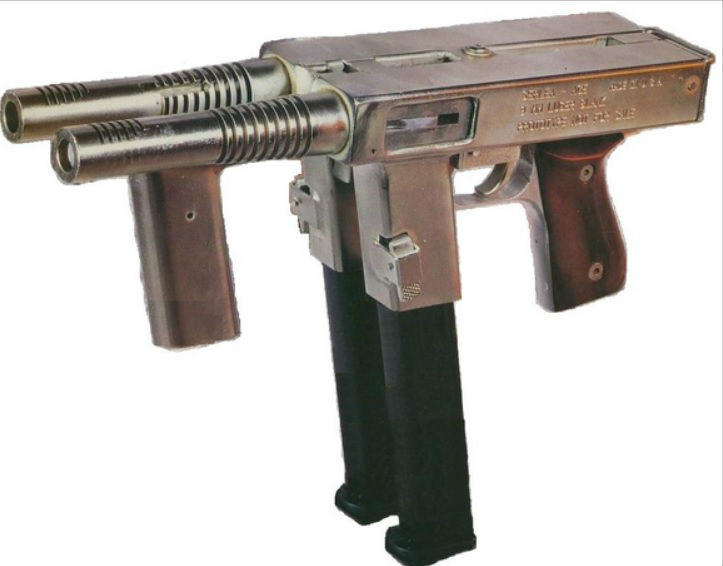 The SerLea is a machine gun that was apparently designed by a Lebanese gunsmith and veteran of Beirut street battles. The weapon has twin barrels, twin magazines and twin open bolts. There’s a synchronizing device to turn the weapon into a single high rate of fire, allowing each barrel to be fired one after the other, producing a rate of fire around 1,000 rounds per minute. The Los Angeles Police Department showed interest in the SerLea machine gun back in the 1990s but only few units were produced.

I’ve never seen nor heard about this gun until now.