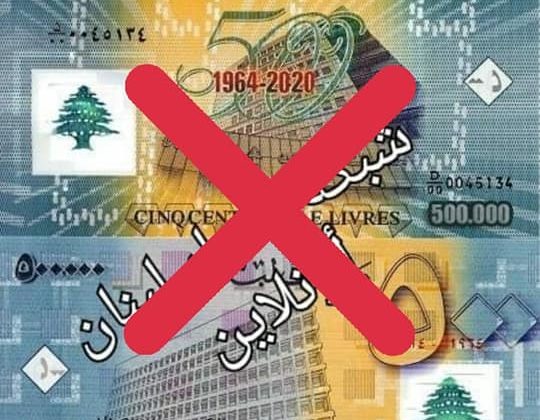 There’s a LL500,000 bill circulating online for the past week or so, but it’s actually an old LL50,000 special edition bill that was released by BDL and photoshopped after.

However, I think it’s only a matter of time before BDL has to release LL250,000 and LL500,000 bills given how badly things are going. The dollar is worth LL4000 for the time being, but it’s expected to keep rising as long as there are no reforms, and no incoming dollars in sight.

Businesses will need to double their employees’ salaries soon as well as the government, and it’s by no means a promotion. LL1,000,000 is worth at least 50% less than what it was worth in the end of 2019, and prices are still soaring.