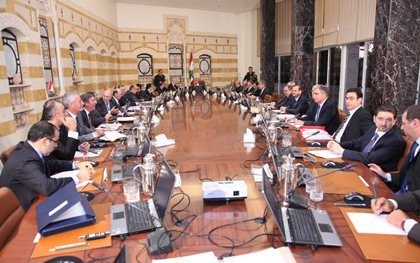 The cabinet on Wednesday approved a wage increase decree other than that proposed by Labor Minister Charbel Nahhas, amid the objection of Free Patriotic Movement ministers.[Naharnet]

I think the Mikati plan is more reasonable than the Nahhas one as it only increases minimum wage by 100,000LL and specifies reasonable wage increases in 2 different ranges.

Nahhas wanted to raise the minimum wage even more ( Up to 1,200,000 LL) and also pushed to “authorize the government to pay National Social Security Fund sickness and maternity fees” and “adding the proposed transportation and education allowances to the basic salaries.” [Link]