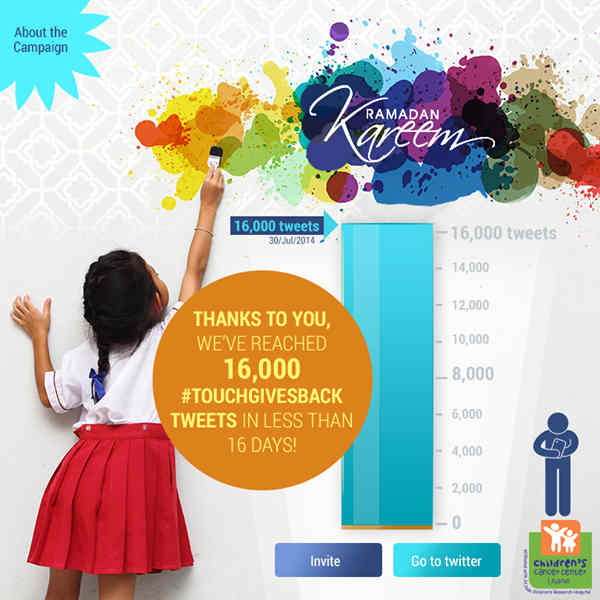 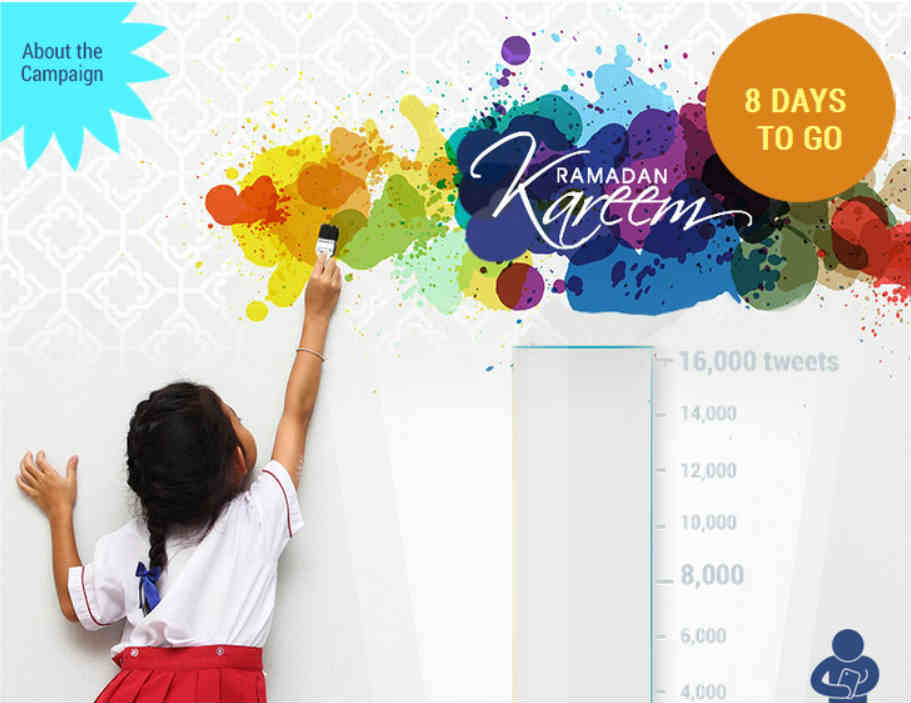 As part of its campaign this Ramadan, Touch has launched an intiative on Twitter to raise funds for two children at the Children’s Cancer Center of Lebanon. Their goal is to reach 16,000 tweets and they are at 2000 tweets with 8 days left. You don’t need to donate money or do anything except tweet @touchLebanon and use the hashtag #touchGivesBack.

I always take pride in encouraging campaigns aimed at helping people in need so let’s make this happen and let’s spread the word!