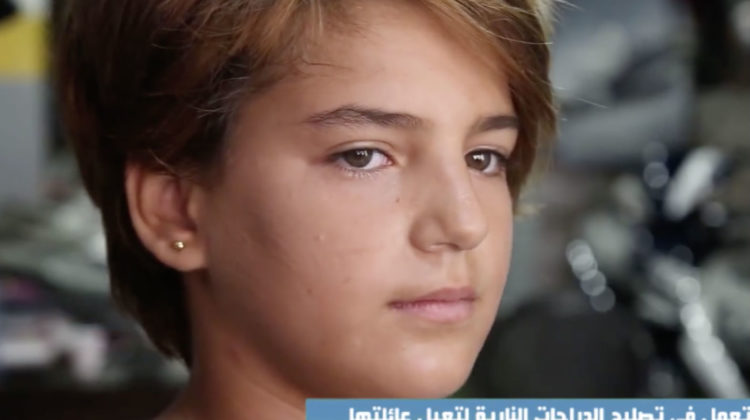 A lot of children are forced into child labor in Lebanon, and the authorities have made little progress to reduce child abuse. In fact, things have worsened ever since the Syrian crisis began whether thousands of refugees are being forced into the worst forms of child labor.

Fatima is a 12 year old girl living in Ouzai and working as a full time mechanic to help out her family. Not only was she too young to be working as a mechanic, but she had to defy auto-repair stereotypes to keep her job and wished she’d just die at some point. Her dream job was to become a hair dresser.

Fatima’s video went viral and caught Joe Raad’s attention, who offered the girl a job. And the next thing you know, she had already joined Joe Raad’s hair salon (I had no idea he had one) where she will be working and studying the profession. To be honest, I love the gesture and it’s much better than working as a mechanic but she still belongs in school at this age and the Ministry of Social Affairs needs to intervene and help. She could work part-time at the hair salon to earn a living while continuing her studies.

In all cases, a great gesture from Joe Raad.