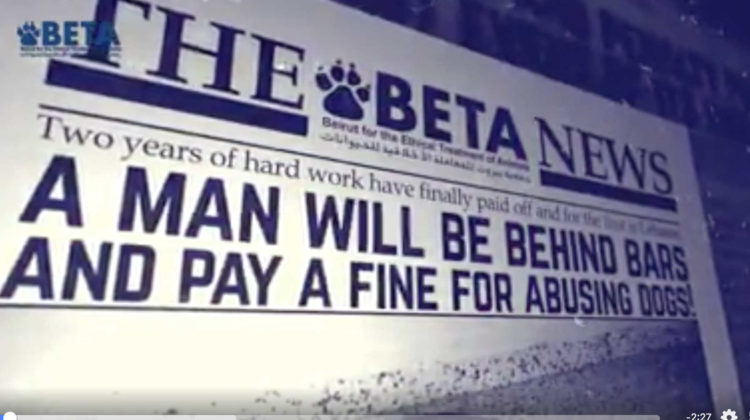 We keep seeing viral videos documenting animal abuse in Lebanon but we’ve never heard of anyone getting arrested for these crimes. BETA took it upon themselves to investigate one of these cases and managed after two years in court to inflict a 10-day prison sentence along with a 20,000LBP fee and a 4,000,000 compensation to the NGO, which constitutes a first in our country.

The hearing came out after the dog killer was filmed catching dogs and putting them in the trunk, and there was enough evidence to put him behind bars. Unfortunately, ten days is nothing but still better than letting him roam free.

Crimes in Lebanon are punishable by law but unfortunately, they’re very rarely, if ever, enforced.