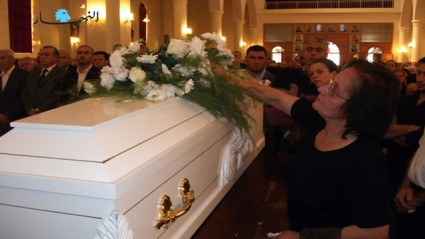 Charbel Rahme was shot dead on Sunday at the Madfoun checkpoint after having failed to stop. Early rumors said he had guns and drugs in his car and that he shot at the army but they were denied. The last thing I heard was that there was an arrest warrant in his name but his family denied it as well.

Added to that, his brother is in the army and Charbel was planning on joining the Internal Security forces.

Having said that, I hope that the army will end its investigation soon and explain what happened because there’s something weird and worrying about this incident.