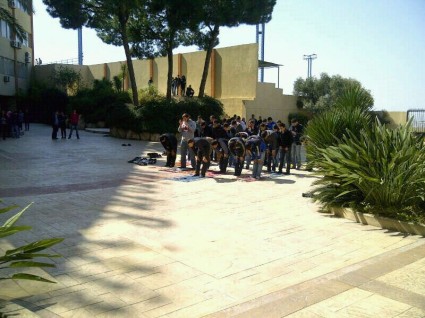 According to OTV, the Muslim students who violated Antonine’s university laws by praying inside the campus were warned and they signed the warning willingly. The university administration stayed firm on its decision and warned of future similar actions.