To be honest, all the stories I’ve heard so far don’t add up but what’s clear is that army men were arrested and kidnapped and two of them killed. What’s even worse is that most were in their military clothes so the assailants knew what they were doing. There’s nothing to be discussed or analyzed here. It’s a pure crime against the Lebanese Army. 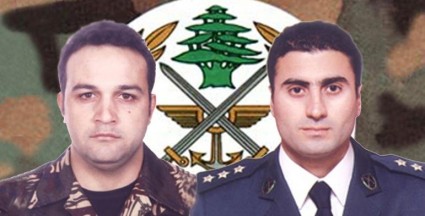 Having said that, I am totally against a collective punishment for the whole town, or igniting a war similar to the Nahr el Bared one like some were suggesting, and I am disgusted by the sectarian and hateful statements I’ve heard in the past two days, which is why it’s better to let the army and only the army handle this the way it sees appropriate.

At the end of the day, Lebanon lost two fine army men and nothing can be done to make up for this huge loss, specially in regards to their families. May they R.I.P.