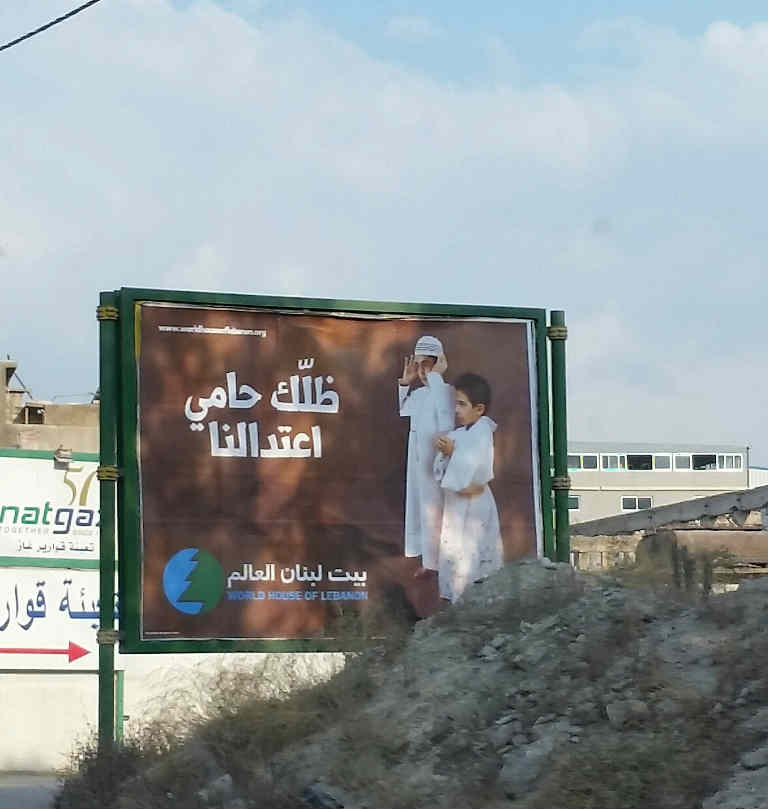 It took me a minute to understand the billboard shown above but it’s apparently a Lebanese Christian kid in his first communion clothes next to a Lebanese Muslim kid (Never seen one dressed this way). The billboard was meant to praise the Lebanese Army’s role on its 69th birthday.

The billboards were up before the Arsal clashes erupted yet moderation and unity are now needed more than ever among all factions. Everyone should rally around the Lebanese Army without any exception and silence those who dare doubt its role. I am not talking just for the sake of saying things, or praising the mosques next to churches banners that come out in desperate times only (see below tweet). I’m simply stating a fact that our future as a country is now in the hands of the Lebanese Army as they are fighting a serious threat that’s tearing to pieces neighboring countries like Iraq and Syria. The army is fighting a bunch of barbaric terrorists that know no religion, no God and have no morals and we must get rid of them while they are still in Arsal. 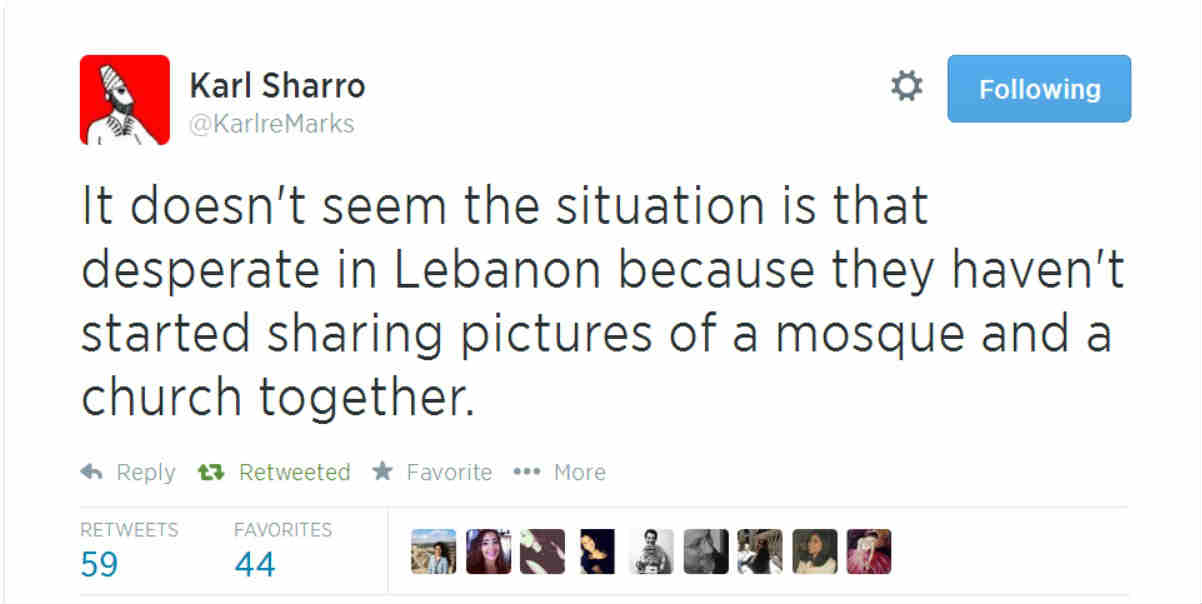 Speaking of The World House of Lebanon, this is the first time I hear about them to be honest and I am still confused by what they really do after checking their [Website].

“World House of Lebanon” (WHoL) is a non-profit apolitical non-governmental organization based in Lebanon, launched on June 1st, 2009, Ministry of Interior registration no. 1124.

“World House of Lebanon” (WHoL) aims to promote the spirit of cooperation and union among resident and non-resident Lebanese citizens, including emigrants of Lebanese descent. On one hand, WHoL endeavors to encourage the participation of non-resident Lebanese citizens in Lebanon’s political, economic, social, and cultural life, and on the other hand, encourage them to defend the Lebanese cause in their country of residence.