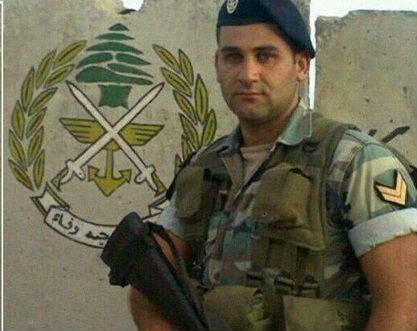 I thought the pictures of the beheaded soldier were fake but unfortunately they turned out to be true. Sergeant Ali al-Sayyed’s body was handed over yesterday to the Lebanese authorities and his family. This is the most horrific crime against a Lebanese army soldier that we’ve ever witnessed and of and a proof that we should no longer negotiate with these terrorists.

Moreover, I think the Muslim scholars committee should be sent home and not allowed to interfere with any of the negotiations. No one should be interfering with the army’s business except for bringing more weapons and supplies.

HRW described the alleged beheading as a war crime.