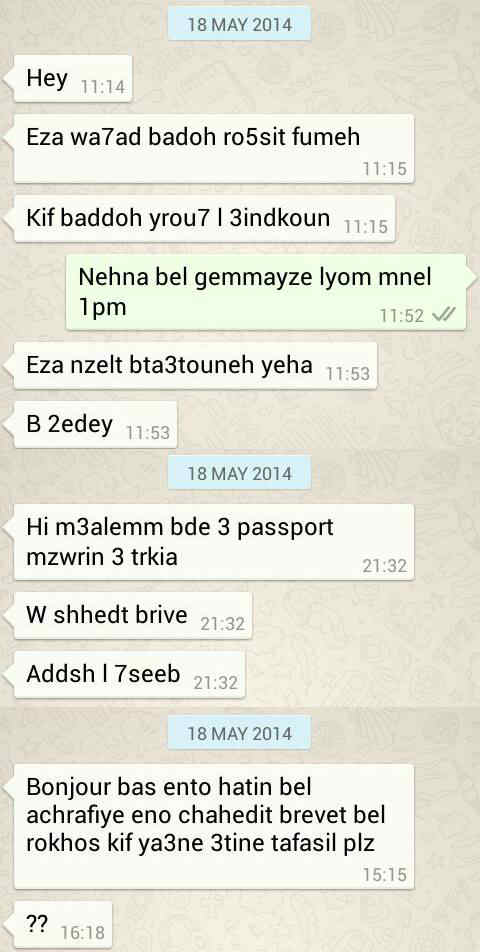 Dekkenet El Balad opened its doors a couple of weeks back in Gemmayze offering illegal certificates, driving licenses and other permits. Of course this was part of a marketing campaign to raise awareness on corruption and ask people to report acts of bribery but as expected, and since Lebanese and people living in Lebanon are unfortunately used to “buying” everything, the Dekkene has been receiving messages on their hotline number (76/808080) from people inquiring on these illegal services (just like the one illustrated above).

Having said that, the only way to fight corruption in Lebanon is by reporting and exposing people involved in these acts of bribery and it’s everyone’s duty to get involved in this campaign La Nsakkir el Dekkene once and for all.