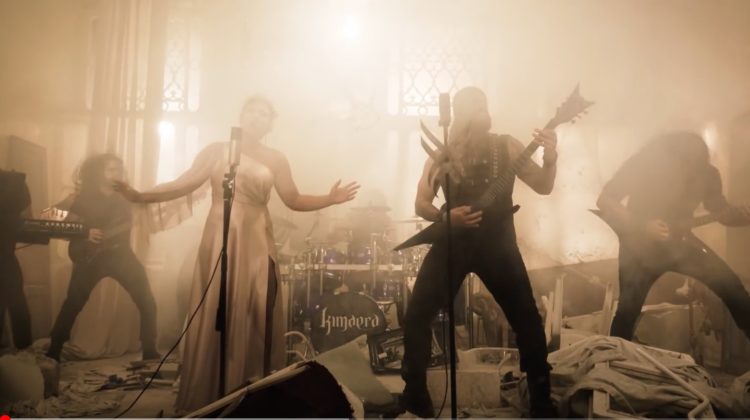 Here’s what they wrote about this song:

THE WAIT IS OVER!
After a year in the making, it gives us enormous pleasure to release this — Ya Beirut. Dedicated to the city we love — however broken it is — we couldn’t think of a better way to mark our 20th anniversary in the Metal scene and pay tribute to our capital, the birthplace of KIMAERA.
We would like to thank the talented Cheryl Khayrallah for working on this project with us, Nadim Messihi for his creativity in directing our music video and Katrin Prutz for her endless support.
Produced & Mixed by Charbel Abboud
Mastered by Maor Appelbaum Mastering
Video Directed, Produced & Edited by Nadim Messihi ◽️ N A M E
Line Producer & Production Manager | Tony Elk
Director of Photography | Khoder Naboush
Production Design & Costume Design | Nagham Helou
Main Cast | Jana Obeid
Special Effects Makeup | Samantha Ayoub
Choreography Consultant | Elie Aoun
And a big Thank You for everyone in the amazing crew that worked tirelessly on this video.

Whether you’re a fan of the genre or not, this is a masterpiece. The song, the video, the setting, the transition from oriental to metal are all just amazing.