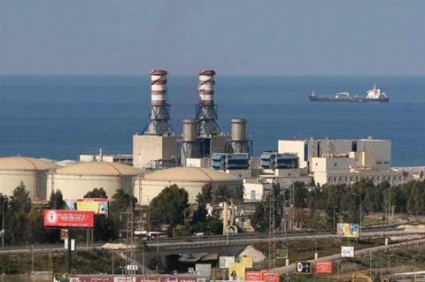 Lebanon was plunged into darkness Friday after employees shut down the Zahrani power plant in southern Lebanon after receiving threats from the local municipalities and street thugs, revealed Electricite du Liban in a statement on Friday.

Lebanon has consequently lost 37 percent of its power production seeing as the Zahrani plant provides the country with some 430 megawatts of electricity, reported the daily An Nahar on Saturday. [Naharnet]

I don’t know who’s responsible for the threats and who decided to shut down the power plant, but someone needs to fix this problem asap.