Ex-Minister Ziyad Baroud tweeted yesterday that the Lebanese flags raised in Beirut for Lebanon’s Independence Day are nonconforming. In fact, and according to the Lebanese Constitution: “The Lebanese flag is made of red, white and red horizontal stripes, with the cedar in green in the centre of the white stripe. The white stripe should be two times a red one (ratio 1:2:1). The green Cedar (Lebanon Cedar) in the middle touches each of the red stripes and its width is one third of the width of the flag.

This may not be a big deal but I think it’s important to pay attention to such details when there’s an official ceremony involved. 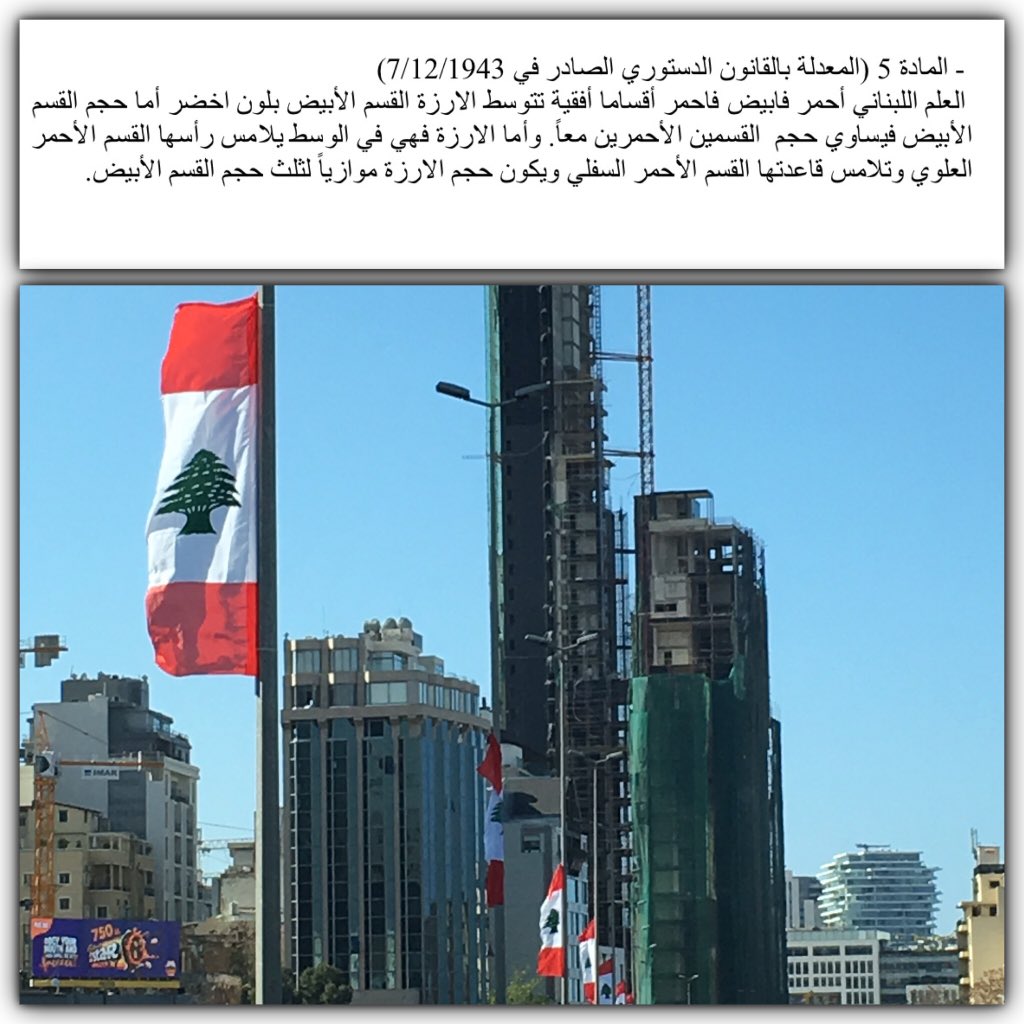