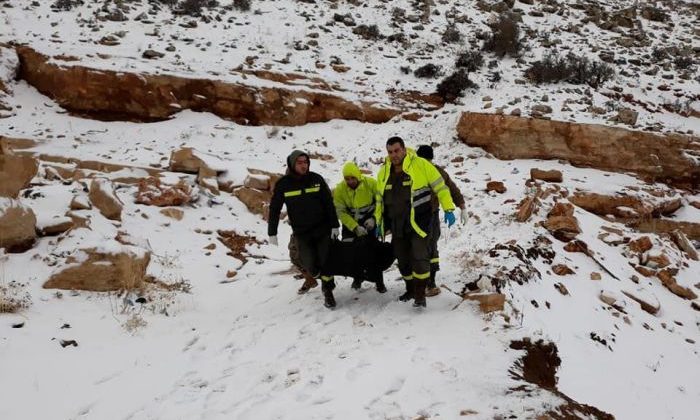 Syrian refugees are still trying to run away from their war-torn country and seek refuge in Lebanon but ever since the borders were closed, they’re being smuggled in through dangerous mountainous roads. More than ten refugees, including children, were found frozen to death last week by the Lebanese Civil Defense. A 30 year old woman was identified as well as a three-year old child among others. The group had been abandoned by smugglers apparently, lost their way and were trapped by the fierce storm that hit the area.

Sadly enough, the news didn’t make a buzz here and I’ve barely heard any reactions or comments on that matter, which is quite sickening. What’s even more worrying is that no one knows exactly the numbers making the crossing into Lebanon, or if there are other frozen dead bodies lying in these open mountainous areas.

Can the authorities stop the smuggling? It’s almost impossible to close all border crossings but we could reopen the legal crossings and organize the entry of refugees but we all know that’s not gonna happen because everyone’s too busy exploiting the refugee card for political gains.

All in all, it’s just worrying how we’ve gotten used to stories of refugees including children and women dying in horrible circumstances and how powerless we’ve become in managing this never ending refugee crisis.